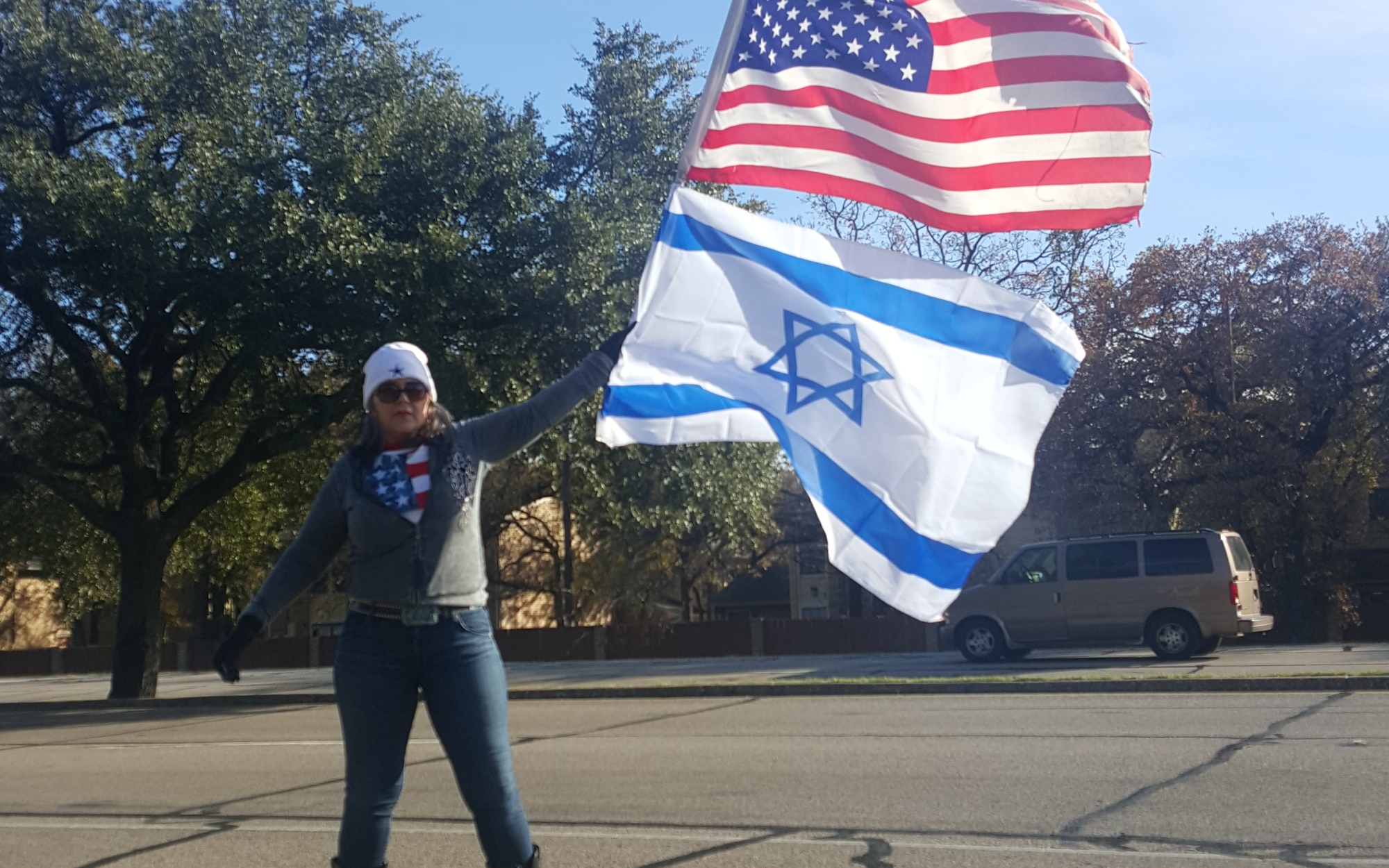 By ADAM SCHRADER
Published in The Dallas Morning News on Dec. 5, 2015

Attendance at a rally Saturday to support Irving Mayor Beth Van Duyne was a little on the low side. The mayor herself didn’t show up.

But the enthusiasm outside City Hall was abundant.

“Most young people don’t know what the good America is,” rally organizer Valerie Villarreal said. “The mayor has given us a taste of that America again, and we don’t want to let that go.”

Van Duyne has been a figure in the public debate over Islam and the treatment of Muslims since rumors of an illegal Shariah court at the Irving Islamic Center began spreading in January.

The rumors, though false, gained popularity after she made the issue of Shariah courts part of a speaking tour.

And since a 14-year-old Muslim was taken into custody in September in Irving ISD for bringing a homemade clock to school, the city that Van Duyne leads has become an international symbol of Islamophobia for many.

Saturday’s rally started as a counterprotest to one planned by Accion America “to speak out against hate and intolerance” in Irving.

That event was rescheduled for next Saturday at the Islamic Center, but the conservative group Overpasses for America followed through with its pro-Van Duyne event.

Organizers said they’d expected more than 100 people to attend and were disappointed at the turnout, which never reached more than 40.

They blamed police-imposed parking restrictions at City Hall. But officers watching over the rally seemed supportive — encouraging people to stand along Irving Boulevard for better visibility.

Passing cars frequently honked in support, though some drivers did gesture obscenely toward the demonstrators.

McKinney resident Mel Robins, vice president and co-founder of Sons of Liberty Riders, said he believed that support for Van Duyne had been growing.

He was among 14 members of the motorcycle club who attended.

“I’ve been hoping something would happen so that we could come and show support for everything she’s done and what she’s all about,” he said. “We’ve watched the mayor of Irving stand tall and say there isn’t going to be any Shariah law practiced in the city of Irving. That took guts, and we admire that.”