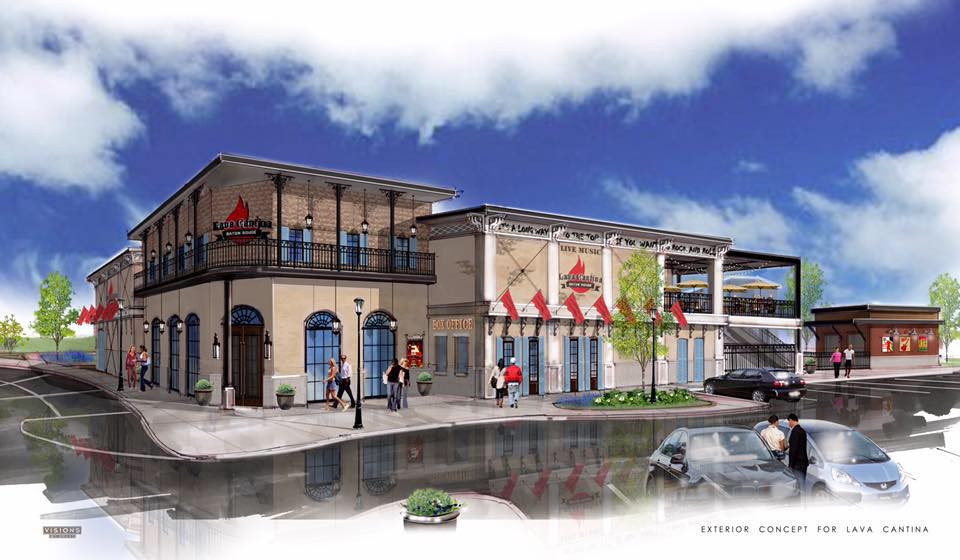 By ADAM SCHRADER
Published in The Lewisville Texan Journal on Feb. 4, 2016

Over the 12 years Tony Avezzano, his son, owned and operated the venue, Hat Tricks booked musical acts that rivaled Dallas County clubs like Bomb Factory, Trees and the Verizon Theater. Hat Tricks was featured in an article in Rolling Stone magazine, made multiple Dallas-centric “best of” lists, and won awards for its food.

Last year, Avezzano sold his obsession to local entrepreneur Jason McDermott. He said he has mixed emotions about leaving Hat Tricks behind.

“We worked really hard to establish it as a live music venue and a credible place to eat good food,” he said. “I’m proud of what we did. But I’m just as excited to move on to a new chapter and a different direction.”

Avezzano said he did everything from managing the bar and staff to bar-tending and cooking himself.

“It was a full-time, 7 days a week and 365 days a year obsession,” he said. “My mom and I even had our Thanksgiving dinner there with customers who had no other place to go.”

He was also responsible for bringing in all of the venue’s musical acts, he said.

“We consistently booked shows that were probably too big for that little place over the years and were fortunate to have artists visit us more than once,” Avezzano said. “That’s what we built our reputation on.”

“We housed more than 30 high-profile musicians and garnered acclaim from local food blogs,” Avezzano said. “It just felt like we made it to our peak.”

He said even he’s surprised by the acts he was able to land at Hat Tricks.

“The artists and bands that were loyal to use make me look a lot smarter than I am,” he said. “It’s just about treating people right the first time and then treating them just as well when they came back around.”

Avezzano said that, over the years, brokers would reach out to him by email and offer to buy the place. He decided to answer an email from McDermott on a whim last fall.

“We weren’t looking to sell it, but three days later, we were already negotiating a deal,” he said. “It was time for fresh eyes, ideas and energy in Hat Tricks. I know Jason will do that.”

McDermott and Avezzano are different managers, each said, but Avezzano isn’t worried that McDermott will make “wholesale changes” that cause Hat Tricks to become unrecognizable.

“I’m anxious to see the changes he makes and how the staff and customers react to it,” Avezzano said. “They are needed and will help the business carry on for another 20 to 30 years.”

McDermott told The Lewisville Texan Journal that his operation will “keep the high standard and well-respected systems that have made Hat Tricks what is become over the years.”

Coincidentally, Avezzano was offered a position at the new Lava Cantina that recently broke ground in The Colony. The 28,000-square-foot live music venue, which is expected to open in October, also brings high quality Mexican and Creole Fusion and live music.

“It’s going to be fantastic to have Lava Cantina in The Colony,” Avezzano said. “The venue caters to people north of Interstate 635 and all of us who drive 45 minutes to see shows in Dallas. It gives Denton County a spot of its own.”

The company also owns and operates Rock 101 Grill in Frisco and a Lava Cantina location in Baton Rouge. Avezzano will be responsible for booking all the concerts and events at the venue in The Colony. He will also focus on booking the larger touring bands and headliners for the other locations.

Avezzano said he’ll try to book everything from country, bluegrass and blues to rock and roll, rap and pop. Over time, it may gravitate towards specific genres as they analyze ticket sales and customer feedback.

Ian Vaughn, the owner and founding partner of Lava Cantina, said his father, Steve Vaughn, will book the local musicians and smaller acts for the other venues.

“My dad has been in the music industry for more than 50 years and is widely connected,” he said. “They will divide and conquer to a full schedule of quality entertainment.”

Lava Cantina will offer 20-25 large concerts on an outdoor stage, with a retractable roof, and an occupancy of 1,800. An indoor stage will hold smaller shows with a capacity of 500.

“The only thing that will stop shows outside will be absolute electrical [lightning] downpour or a freeze of some sort,” Avezzano said. “And food will be available all through concerts and events.”

Lava Cantina also boasts Patrick Stark of Suede and Sundown at Granada as head chef, House of Blues general manager Marc Mann, and Chris Harman, a general manager with On the Border, as front house manager. Ian Vaughn is the former COO of Cane’s Chicken Fingers.

“I’m almost more excited to work with and learn from this unbelievably experienced group than anything else,” Avezzano said. “I have my work cut out to keep up with them.”

“It’s mind boggling who he’s had play at a smaller place like Hat Tricks. He’s been a massive competitor to the entire D/FW music scene,” Vaughn said. “To take that talent and give him a venue he can spread his wings in, with the amenities he’s always wanted in an amazing location with high traffic counts, is the perfect cocktail for success.”