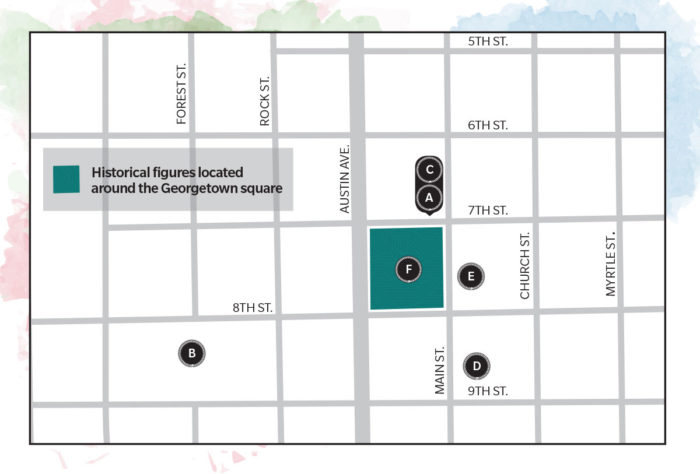 7 public art installations to seek out near the Georgetown Square

By ADAM SCHRADER
Published in Community Impact Newspaper on May 16, 2017

City officials said the recent economic impact study conducted by TXP confirmed that arts and culture are strong in Georgetown, enhancing quality of life and bringing in tourist dollars.

C.”Discover Georgetown All Over Again” by various artists

D. “The Square” by Anna Sebesta

E. “Jumping Around” by Joe Magnano

F. Around The Square