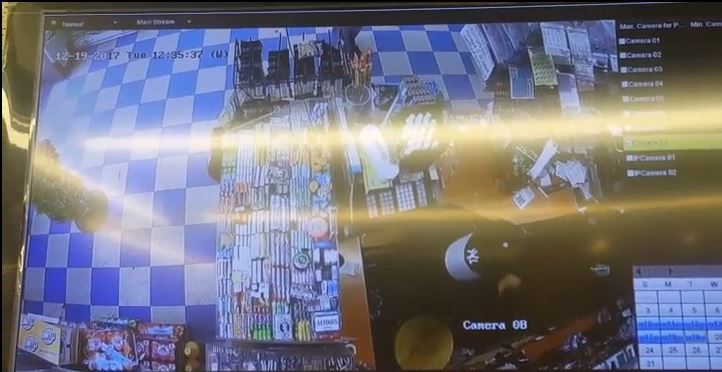 A masked gunman shot a Brooklyn deli worker in the foot during a robbery Tuesday.

The gunman burst into the bodega on Fulton St. near Fort Greene Place in Fort Greene about 12:45 p.m., police said.

Shop worker Hussain Shahadat, 23, was tending to a customer. “He yelled ‘Give me everything!’” Shahadat told the Daily News from his hospital room.

The gunman fired a second round into the ground, and Shahadat opened the register, begging not to be shot.

“He shoot me anyway! He shoot me in the right foot and I’m bleeding everywhere,” Shahadat explained. “The customer didn’t say anything but he put his hands up. I put my hands up too.”

The crook knocked over the register, took the cash and ran. Shahadat called 911, and his boss.

Doctors at Methodist Hospital removed the bullet from his foot, he said.

“It broke bone and I can feel it in there,” he said. “I ask the doctor if I can walk again and he won’t tell me. He said I need a surgery first, and then he’ll tell me.”

The suspect, clad in a black mask and gray and black clothes, was being sought by cops.